The Baby Fold was born out of one woman’s desire to care for others. Through the generous donation of her home in 1902, Nancy Mason could not have imagined all the lives she would eventually touch.

For more than a century The Baby Fold has fulfilled its mission to the most vulnerable children in our community– but that is not how The Baby Fold started.

Nancy and Allen Mason were pioneers in Normal– moving here just after the Civil War. Nancy Mason – a faithful and generous woman – gave her home to further the work of the Methodist Episcopal Church. She opened her home to be used by the active and retired Methodist Deaconesses that operated Deaconess Hospital – now Advocate BroMenn Medical Center.

The local Deaconess women saw a growing need in our community – care for orphaned and abandoned children. Orphan trains dispatched from the east coast brought children to towns all across the US. At each stop the children would get off and stand on the platform while families – typically farm families – selected the children they wanted to take home. This provided homes for many older children who could help on the farm, but not for infants and toddlers. In 1905, the Deaconess Society sent a new graduate of their Training School, Nellie Randle, to Normal to get the Mason home organized as a home for young children.

When Nellie Randle was hospitalized with pneumonia, the Deaconess Society sent another Deaconess, Tompie Asher, as a temporary replacement. She came to Normal in 1908 and her assignment lasted 27 years. She brought the agency through WWI and into the midst of the Great Depression. “Mother” Asher cared for orphans and toddlers with very few resources except for a spirit that would never give up and support of the community and churches. In 1910, the Board of Trustees met and decided to move to 4 lots on East Willow. The home was considered to be virtually in the country and had no running water, no electricity, and no access to paved roads.

Around the turn of the century, The Baby Fold aggressively sought adoptive homes for children, particularly those who were especially vulnerable– children with special needs, minorities, and sibling groups. Adoption laws were almost nonexistent. People would simply come to The Baby Fold nursery, select a child, and take the child home.

In 1939, Reverend William and Gwendolyn Hammitt were named as Superintendent and Assistant Superintendent and they got busy making significant improvements to the agency. The first order of business was to improve the physical living areas. As soon as the building improvements were underway, they focused on hiring trained professionals to staff specific functions such as nursing and social work. Then they began working with Illinois Governor and State Legislature to improve adoption laws.

Illinois Soldiers’ and Sailors’ Children’s School (ISSCS), a well-known Normal, IL landmark, was founded in 1865 as a home and school for civil war orphans. The Baby Fold purchased and completely renovated the historical building in 1999, renaming it ‘The Family Center’ to house foster care and adoption services, family support services, clinical services and to provide a training center for staff and gymnasium and chapel for the children. In 2002, Hammitt School was expanded to the high school and junior high school levels.

In order to meet the growing community need for special education, The Baby Fold repurposed the former Soldiers’ and Sailors’ Children’s School, transforming the space back into a school once again. In the fall of 2018, Hammitt Junior/Senior High School students moved into the new space from their rented location on Towanda Avenue.

In 2019, Hammitt Schools continued to expand and opened up a third location on Kays Drive in Normal. This space helps to accommodate a growing need for special education services in McLean County and 40 surrounding school districts.

Today, The Baby Fold is a multi-faceted agency specializing in the care of children and youth with emotional and behavioral disabilities, or at risk for a variety of reasons. We focus on improving the lives of children and families by building safe, loving, healthy environments through foster care, adoption services, special education, and family and community services. We are in the ministry of transforming lives, and we never give up on a child.

May 1, 1902
Illinois grants a charter to Mason Deaconess Home for Aged.

May, 1905
Deaconess Nellie Randle becomes The Baby Fold’s first full-time superintendent. “Harry” becomes the first child to be placed at The Baby Fold. Eleven children received care during the first year of operation as a “Baby Fold.”

May 10, 1910
The Mason house on North Street was sold and The Baby Fold purchased a larger house at 108 E. Willow Street, allowing more children to be served.

1918
World War I peak population finds 88 children in residence at one time.

1927
A hospital section is added to the Willow Street facility to meet the medical needs of the children and to treat contagious diseases.

November 15, 1939
The Rev. William A. and Gwendolyn M. Hammitt begin employment as Superintendent and Assistant Superintendent, bringing the staff and programs into the 20th century.

November 14, 1941
Agency’s name officially changed to “The Baby Fold” and a new statement of purpose was formulated: “To provide Christian care and training to dependent and homeless children from birth to six years of age”.

May 10, 1957
Services to unmarried mothers approved.

May 15, 1961
Board approves care of infants with intellectual disabilities and cottage program for emotionally disturbed preschoolers.

January 4, 1972
The Child Development Center opens in the former nursery.

February 12, 1983
The new Child Development Center is dedicated and the name is changed to Hammitt School in honor of William A. and Gwendolyn Hammitt.

November 30 – December 4, 1994
The first Festival of Trees fundraiser is held.

May 4, 2000
Children move into the new Residential Treatment Center at 614 Oglesby.

2004
Healthy Start adds two components to their program to help with literacy.  Reading is Fundamental and First Book.

The Baby Fold joins together with four other United Methodist affiliated agencies to create the Illinois Great Rivers Alliance.

2009
A cross-department Clinical SWAT team was formed to assist with highly complex cases.

2010
Director Emeritus Group was created to provide opportunities for former Baby Fold board members to continue service as advocates.

The Baby Fold is awarded the first-ever Non-Profit Agency Excellence Award from the McLean County Chamber of Commerce.

Dr. Lusk provides professional training on Trauma-Informed Treatment in Illinois and throughout the United States.

2011
Trained and Implemented the Attachment, Regulation, and Competency (ARC) model.

August 2011
A federal grant application for installing fiber-optic broadband services was approved, The Baby Fold along with other local agencies, hospitals and schools are co-recipients of the Central Illinois Regional Broadband Network.

July 2019
Special education services expand to include a new location on Kays Drive in Normal.

May 2021
A dozen programs in operation across Central Illinois all designed to build positive futures for children. 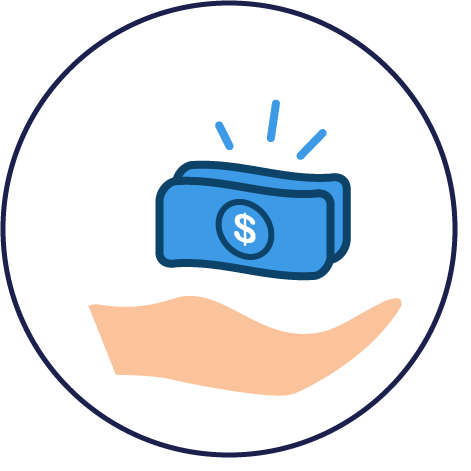 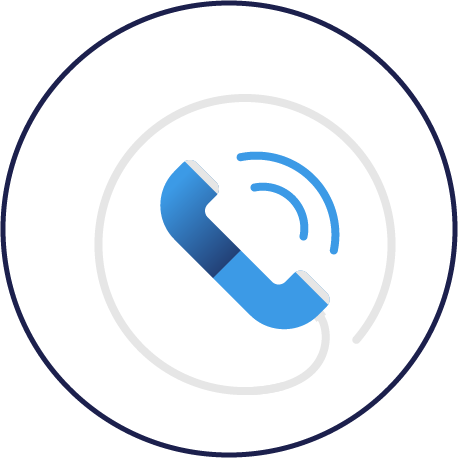